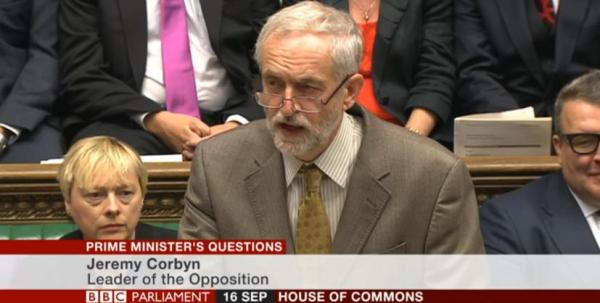 PMQs saw a new leader of the opposition (LO) on Wednesday, Jeremy Corbyn, who won a rather surprising victory in the Labour party leadership election. Corbyn’s first appearance and performance at PMQs was scrutinised very carefully by the media demonstrating the importance of this weekly event in the House of Commons.

When Corbyn stood up for the first time there was a resounding cheer from the Labour benches for their new leader. The Conservative benches were surprisingly quiet. In the past they would often cheer the Leader of the Opposition, Ed Miliband, as he stood up in a mocking tone to suggest that he does not get enough support from his own benches. They clearly took a principled decision not to do that for Corbyn’s first PMQs but it remains to be seen whether they will continue like this in the future.